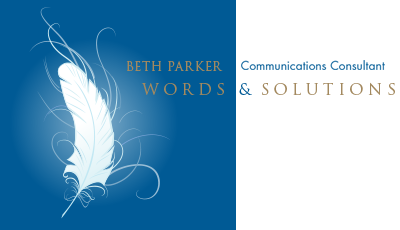 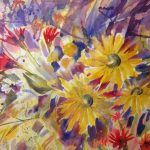 FOR IMMEDIATE RELEASE: October 21, 2010: Beth Parker, writer and immediate past president of the Canadian Association of Women Executives & Entrepreneurs (CAWEE) will speak at a conference focusing on the role impact of women in a changing corporate environment. Beth has been invited to the November 2 conference at the request of trade section of the High Commission of Canada in Port-of-Spain, Trinidad and Tobago.

“Given her experience in dealings with the business world, and her role as the immediate Past President of the CAWEE, we would be pleased to have Ms. Beth Parker attend our seminar as a speaker, on behalf of the Association,” wrote the Senior Trade Commission on issuing the invitation.

Beth will speak on the role of CAWEE and its impact on women and leadership as well as her own experience as a woman in business.

“The trade section of the High Commission of Canada in Port-of-Spain, Trinidad and Tobago is presenting this Corporate Governance seminar through a different angle: the growing role of women. The question is becoming more and more crucial in the region and in T&T, especially after the recent election of the first female Prime Minister, Ms. Kamla Persad-Bissessar. Trinidad and Tobago being a leader for economic and social development in the Caribbean, the growing role of women in governance (both in public and private sectors) is a question of global interest.

“In researching probable speakers for this event, the High Commission felt that sharing CAWEE’s experience in building the professional woman would be an ideal fit for its program.” CAWEE is Canada’s longest-standing business networking groups.Formed in 1976, CAWEE’s mission is to provide networking opportunities for women that advance their professional lives.

The event, to be held Tuesday November 2, 2010 in Port-of-Spain, is likely to attract a lot of media attention locally, which will be beneficial for the mission and for Canada’s image in the country and the entire Caribbean region.